Sabrina Zanello Jackson sits down with Cat Moreschi, Stage Management Apprentice, to chat about her love of stage management, her position at Olney, and her long-term dreams of teaching. Read the conversation below! 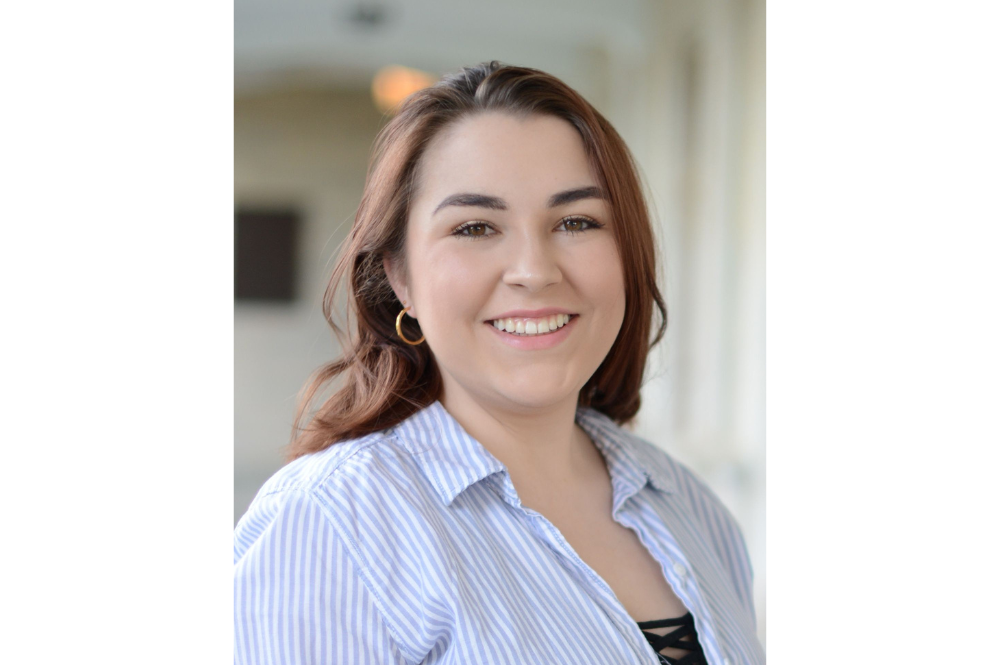 Education/Training: B.A. in Theatre and History, The College of Wooster

SABRINA: What is the path that brought you to Olney Theatre Center? What attracted you to the Apprentice Program?

CAT: I was attracted to the Apprentice Program because of the amount of work that we would get to do. There were places I looked at where you got stuck on one or two shows and you didn't really do anything else for an entire year. So I liked that it seemed like I would be involved with every production. And I liked the location of Olney—I can go home if I need to. I'm also just excited to be living in, technically, a big city area because I’ve lived in a small town for most of my life.

CAT: I fell in love with it in my freshman year of college. I’d done acting and directing up to that point. I really liked acting because I liked sticking with the show for the entire run, whereas with directing, you open the show and then you leave. But I also really liked directing, because I liked knowing all of the behind-the-scenes work and talking with designers. Everything that goes into stage management kind of marries those two together in the best way possible. And it means I don’t have to remember lines!

SABRINA: What are you working on right now?

CAT: Beauty and the Beast. We just closed Dance Nation, which I was backstage run-crew on, so I was there for every performance. I was making sure props were where they needed to be, and I handled all of our special effects for that.

Now, for Beauty and the Beast, we're about to go into technical rehearsals. Today, actually, we transition from the rehearsal hall to the stage. So we'll start working on things like, “Oh, there is a door opening and closing here,” or, “this prop—which we didn't have in the rehearsal hall—goes here.” And also working out, “how far around the stage do you have to run?” And we now have a second level of the stage, so we have to iron out the blocking for that. Tomorrow I think we start working with the live musicians, so instead of just our music director on the piano, we get the full orchestra.

SABRINA: At Olney Theatre, are head stage managers brought in production by production?

CAT: Yes. There's no resident stage manager. [In other departments, some co-workers] have talked about, “I was an apprentice here and now I have a job!” and that is not a possibility for me. I know that former stage management apprentices do come back and work here occasionally, but it's on a show-to-show basis. A lot of theaters don't have resident stage managers. Unless you're at a college or a very niche regional theater, you're not going to find a resident position. That is why I was so apprehensive about choosing this career at first because I don't know how I'm going to handle freelancing. Hopefully well, but we'll see how it goes in a year!

CAT: I feel like, because I don't really get weekends in the same way that other apprentices do, I haven't found good hang-out spots on campus. Most of the time my days off are Mondays or Tuesdays, so I either lay in bed the entire day or I sit in the kitchen or on ‘the porch’ [our living room area, which is actually indoors], and I just let apprentices filter in and out around me as they come in for their lunch break and stuff. So I don't know that I have a favorite spot. I kind of just float between places.

I do have places where I spend more time than others.

SABRINA: What are those places?

Honestly, when I've had days off, I've either been in the kitchen cooking or I've gone to bookstores and the like. I haven't really just hung out around campus because everyone else is working! So there's no one really to hang out with around campus. I have spotted a couple of places out near the plaza where I think, come warmer weather, I can pitch my hammock and relax. But for now, I’m just vibing where there is space.

SABRINA: I know we've only been here two months, but do you have any advice for the next Stage Management Apprentice?

CAT: Make friends with your head stage managers. I like to think I became pretty good friends with Bailey, who was the head stage manager for Dance Nation. We went out and got lunch and stuff, and that just makes the working environment more pleasant. You can work when you're only co-workers, but if you can, be friends with people. Especially because, while I love actors, they can be kind of “clicky” and be like, “we are going to hang out with the other actors.” That’s fine, of course, because they get a lot more intimate with each other than they do with the production team so it makes sense that they get closer to each other than they do to us. But just make sure you're comfortable with the people you’re working with. Sure, you could have just a 'coworkers' relationship, but especially if you are around these people every day for hours at a time, it helps if you can be friendly with them.

SABRINA: What are your favorite places you’ve visited in town or in D.C.?

CAT: I keep wanting to go into D.C. and then, just not having the time. Because I was in Ohio for two days, and then I went home for two days, so I haven't had as many days off here as I’d like.

I really like the farmers market in Olney, I think that's really good. The public library is pretty nice. For future apprentices, if you want a library card, make sure you bring a piece of mail that says you live in Olney. They got a little mad at me when I tried to get a library card because I first went in my second week here and I hadn't received any mail with my address on it yet!

What else? I don’t know… I wish there was a cute little cafe or something I could say. In Olney, it’s very much like: it’s either residential or it's corporate. Which is fine! Especially when we have pretty nice spaces to hang out on campus. But it’s [a change]. In the town where I went to college and in my hometown, there were little cafes where I would work on my computer or read a book. I haven't found any of that stuff here yet.

SABRINA: Outside of your job here, how do you define yourself professionally and artistically? As I understand it, stage management is your “M.O.”, right?

CAT: Yes! I mean, maybe directing? But I just enjoy stage management so much. I'm thinking about maybe getting an M.F.A. so I could teach it one day, but for right now I'm pretty content to keep going with strictly stage management.

SABRINA: What do you hope to do after your apprenticeship?

CAT: I'd like to stay in the D.C. area and do stage management. I haven't really put much more thought into it than that. Maybe graduate school, because if I want to teach someday I would need an M.F.A. The plan, at least as of right now, is to keep working. That's why I came here. Actually, I was thinking about applying for grad school straight out of college, and I just didn't have a competitive resume. There are only a couple of M.F.A. programs for stage management in the country and a lot of them don't offer enough financially to be worth it. So that's part of what led me to look for apprenticeships: knowing I needed to pad my resume so that I could do that.

SABRINA: As a stage manager, do you care about what kind of work you do?

CAT: I am open to pretty much any type of show. The one thing I don't think I would ever want to stage manage is improv because you have to be able to call queues completely based on things that change every night. I think I could assistant-stage-manage for improv.

SABRINA: Who are you outside of work?

CAT: I’m a bookworm. I read a lot. I'm getting into folk magic and tarot and kitchen witchcraft. I've always wanted to be really passionate about cooking, and I never have been. Learning Italian folk magic as a way to reclaim heritage I might have lost has helped me unlock a passion for cooking. So I've been cooking and baking a lot… Yeah, I'm not difficult to please. I read my books, I listen to music, and I cook. That’s kind of it!

SABRINA: If you had to describe yourself only in “I am” statements, how would you?

CAT: I am a reader. I am a writer. I am a fledgling magic user. I'm a stage manager. I'm a knitter. I’m Italian. I'm a plant mom. I am allergic to dogs but have a dog. I'm interested in weird parts of 60s T.V. culture, so my college thesis was about Star Trek! 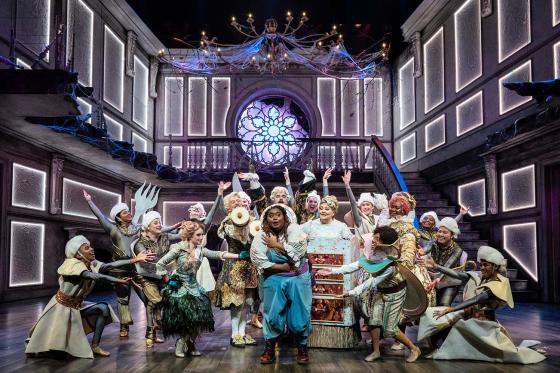 Trailer: Disney's Beauty and the Beast

Last winter our internationally acclaimed production of Disney’s Beauty and the Beast inspired thousands of... 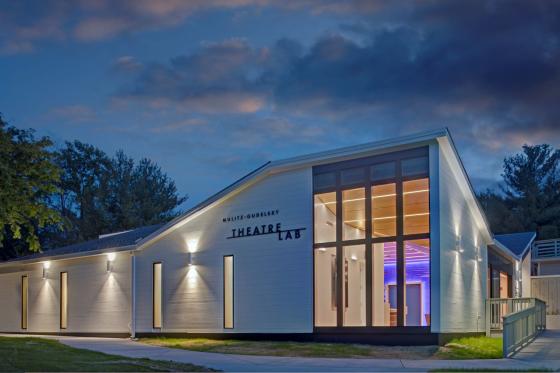